As I started collecting Alzheimers quotes for this post, something struck me. I didn't want to just have a list of quotes, but I wanted to know WHY that person said it.

I also wanted to know if the person saying it had Alzheimers or was the loved one or caregiver who had to watch them go through this horrible disease.

As an in-home dementia caregiver I sometimes wonder what my Mother In Law is thinking. Doing this research I found some clues to what it must feel like to have Alzheimers.

I also found some solace in hearing how others felt about their role in caring for their loved ones who were slipping away, right in front of their eyes.

1. I want to tell you how much I miss my mother. Bits of her are still there. I miss her most when I’m sitting across from her.

2. It occurred to me that at one point it was like I had two diseases — one was Alzheimer's, and the other was knowing I had Alzheimer's.

3. I don’t know anything about it because I don’t feel any different. The stuff I can’t remember is great because it’s a lot of stuff I don’t want to remember anyway.

4. At the moment I’m just falling, falling … just falling as it were, I think of things and then they go away forever.

5. She is not sailing into the dark. The voyage is over, and under the dark escort of Alzheimer’s, she has arrived somewhere.

John Bayley, Husband of Iris Murdoch (who had Alzheimers) source

6. When people say, ‘You have Alzheimer's,' you have no idea what Alzheimer's is. You know it's not good. You know there's no light at the end of the tunnel. That's the only way you can go. But you really don't know anything about it. And you don't know what to expect.

7. The great tragedy of Alzheimer's disease, and the reason why we dread it, is that it leaves us with no defense, not even against those who love us.

P. D. James, British Author (included in a study about authors and Alzheimers as the “non Alzheimers” control)

8. Alzheimers strips bits off of you regularly until there isn't much of you left.

9. Suffering is always hard to quantify especially when the pain is caused by as cruel a disease as Alzheimer’s. Most illnesses attack the body; Alzheimer’s destroys the mind and in the process, annihilates the very self.

10. It seems that when you have cancer you are a brave battler against the disease, but when you have Alzheimer's you are an old fart. That's how people see you. It makes you feel quite alone.

12. The thing about Alzheimer's is that it's it's sort of like all these little, small deaths along the way, before they actually physically die.

13. When her Poet father said that the part of his brain that enabled him to write poetry was no longer working properly… This was my dad, the poet. It was like someone saying that he couldn’t see anymore. It was part of him that was just gone. It’s like a part of him died.

14. You just get up each day and put one foot in front of the other and go. You know, each day is different.

16. I think the best thing I ever did with my life was stand up and say I've got Alzheimer's.

17. To put it simply our brain span should match our lifespan.

18. People do not realize that Alzheimer's is not old age. It is a progressive and fatal disease and staggering amounts of people develop Alzheimer's every day.

19. Never let the brain idle. ‘An idle mind is the devil's workshop.' And the devil's name is Alzheimer's.

20. Alzheimer's it is a barren disease, as empty and lifeless as a desert. It is a thief of hearts and souls and memories.

Nicholas Sparks, Author of The Notebook which features an Alzheimers protagonist

21. I often hear people say that a person suffering from Alzheimer's is not the person they knew. I wonder to myself – Who are they then?

22. Alzheimer's disease locks all the doors and exits. There is no reprieve, no escape.

23. To care for those who once cared for us is one of the highest honors. Caregiving often calls us to lean into love we didn't know possible.

24. I lose a little more of Mom every day. I want so badly to promise my daughter that she will never have to lose me in the same way.

25. With Alzheimer's patients, you have to be very careful what you say when you're looking at them over their bed. Because once in a while, they understand it.

26. You always underestimate – rather than be disappointed.

27. Fear is an insidious and deadly thing. It can warp judgment, freeze reflexes, breed mistakes. Worse, it's contagious.

28. It’s extremely hard to mourn the loss of my lifetime companion, my mother, while she’s still alive.

29. Alzheimer's is brutal. I mean, it's associated with losing your memory, but you don't just forget who people are; you also forget how to talk, how to eat, how to do everything. That's hard to wrap your head around until you actually see it.

Bonus… Yes Mom, I want to hear a story about your childhood because it makes you happy not confused!

Writing this post was heart wrenching. I found myself tearing up reading John Bayley's words about his brilliant wife after she had passed.

I hope that you find some Alzheimers quotes that make you understand a little bit more or feel a little bit better. Sometimes I think that is all we can hope for. 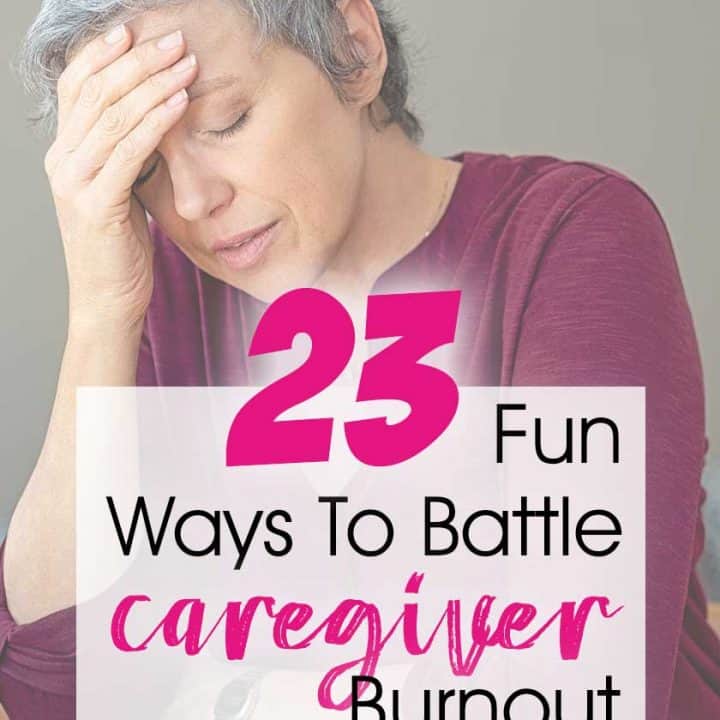 As an Alzheimers caregiver it is easy to forget to care for yourself. Here are some fun ways to avoid caregiver burnout! 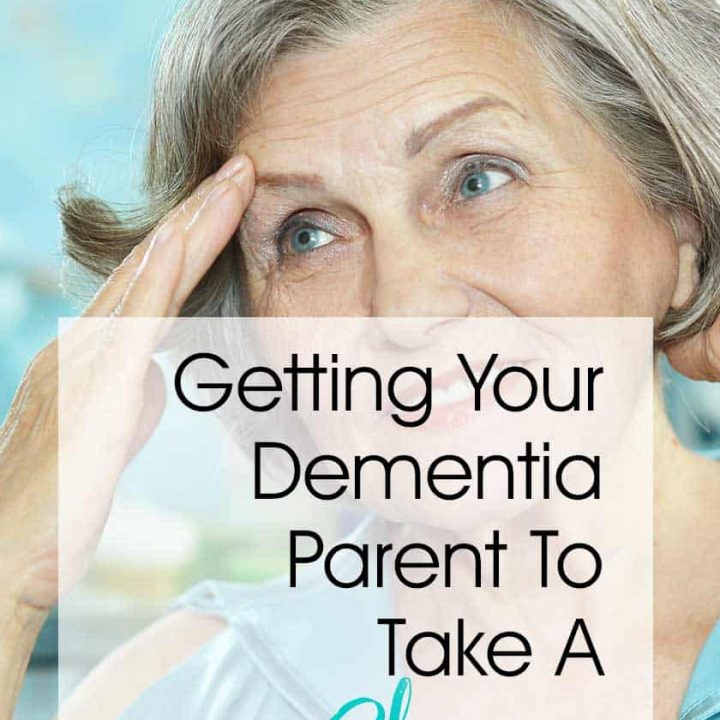 Why Won't Your Alzheimers or Dementia Parent Take Showers

Getting your Alzheimers parent to take a shower is a challenge. Here are some tips and ideas on how to make it easier on them (and you!) 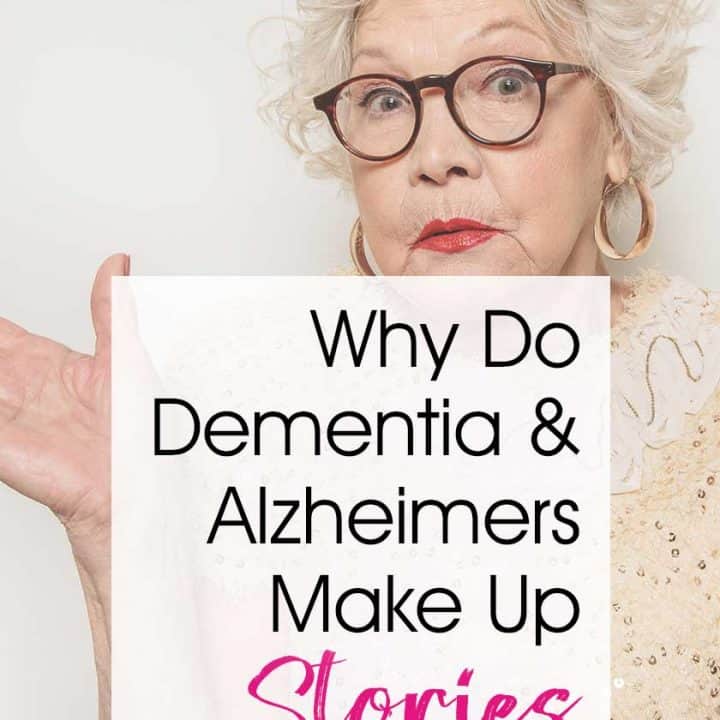 Why Do Dementia and Alzheimers People Make Up Stories?

Whether you call it lying, telling stories or confabulation, there are some tall tales when you are caring for a dementia loved one. 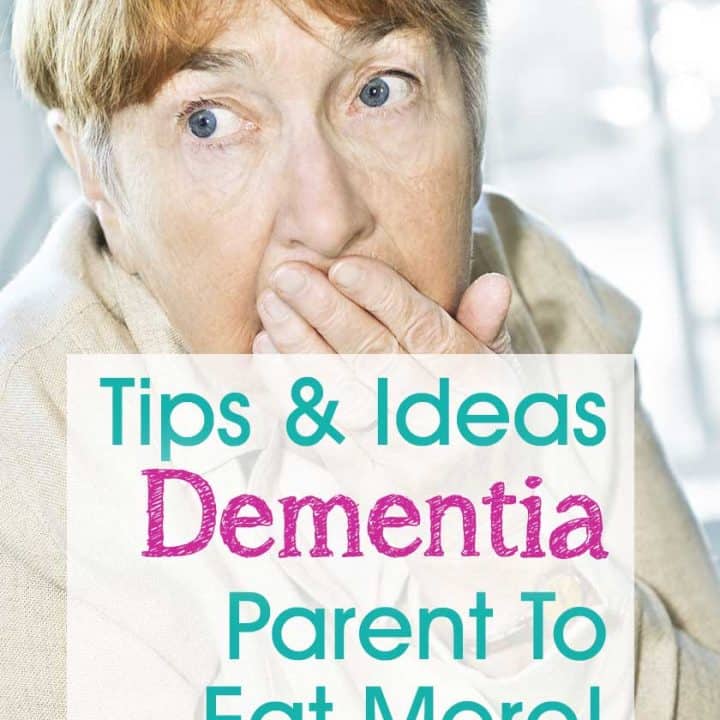 Oh my gosh, the stuggle is real! Getting Mom to eat is a daily challenge. Some of my best tips and tricks for getting her to eat! 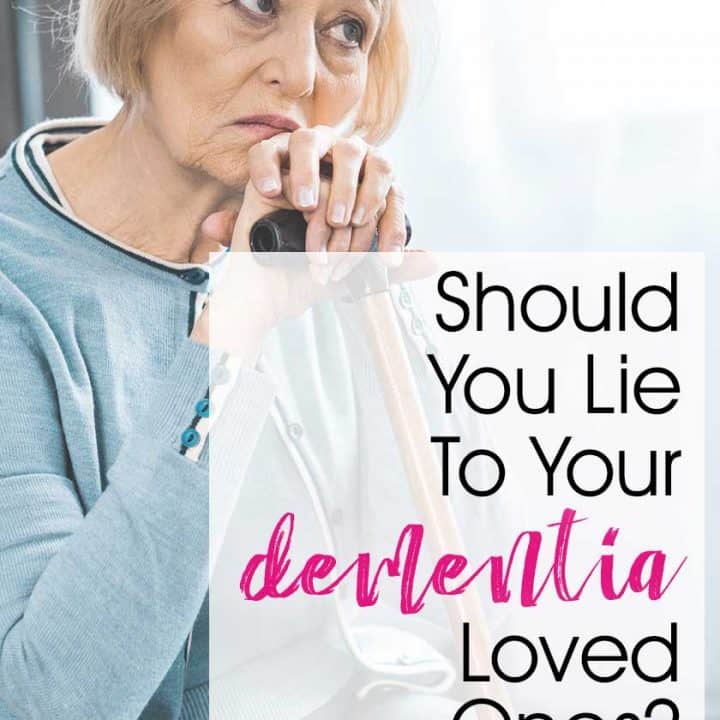 Dealing With Lying To Your Dementia or Alzheimers Loved One

This one was super hard for me and my family. Sometimes lying to your loved one is the kindest thing you can do for them.

I was diagnosed with Alzheimer's in 2018. I'm a retired fire captain/paramedic, I am married to a registered Doctor ,we decided to try Solution Health Herbal Clinic formula due to their success rate of their Alzheimer's herbal treatment. I was using the herbal remedy in 2019 ,the herbal cure has successfully get rid of my Alzheimer's condition with all symptoms I was experiencing.The herbal treatment cure surprised my husband and anyone who knew me battling with it, there is a cure for Alzheimer's disease and people still suffer from it due to lack of information and chance. I highly recommend https://solutionsherbalcli.wixsite.com/remedies treatment for those who know the feeling of suffering from these conditions contact email on: solutionsherbalclinic@gmail.com

This article was translated into Persian.

“Alzheimer’s is the cleverest thief, because she not only steals from you, but she steals the very thing you need to remember what’s been stolen.  ” ― Jarod Kintz