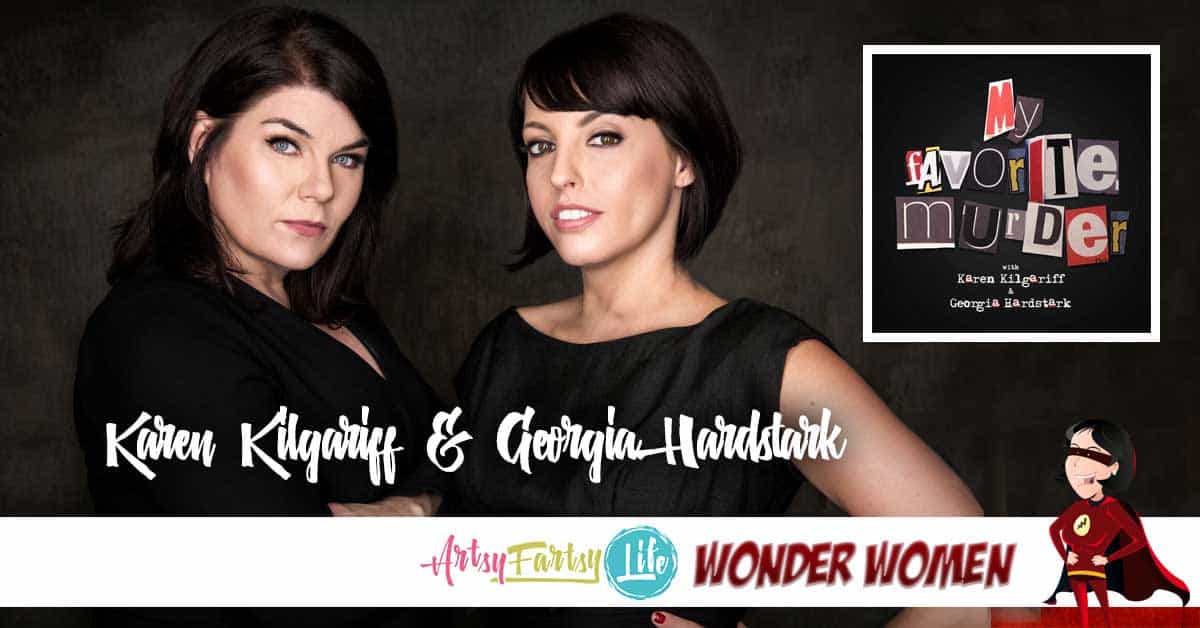 Why do women watch, listen and read so much true crime? Is it to keep the boogey man at bay or to prepare themselves so if it happens to them they will a little more prepared?

Most women, even tall strong women, can be overpowered by almost any man. I have tried to explain to men how that feels when you are walking down a dark street, alone, at night, and they really don't understand. But women do!

Two women who are helping us look into the abyss are Georgia Hardstark and Karen Kilgariff of My Favorite Murder, a podcast where they read stories of murder and mayhem to us every week.

I am a long time listener, having heard of them pretty early on and followed their progression from a “cute little show” to number one on iTunes in the Comedy section. They seem to be genuinely shocked that so many people like them and that their “job” now is to hang out, talk about murder and travel around the world.

Listeners see themselves in this pair, there is even a Buzzfeed quiz to see whether you are a Karen or a Georgia (I am so a Karen, I love the show “I Survived”, hate unsolved mysteries, not too paranoid, loud and boisterous but an introvert on the inside). Georgia on the other hand is charmingly paranoid, sad when she (continually) pronounces things wrong and is absolutely the person with compassion and caring that I would want to read the story of my loved one if that ever happened.

If you are just hearing about this now, you may think, “what the hell?” who would want to listen to murders and isn't that totally disrespectful to the person murdered, their family and friends?

Done another way, yes it could be, but one of the gals that they profiled from an I Survived episode wrote them and said that they reminded her that she was a complete bad ass for living! That is enough for me to know that the way they are handling themselves is coming from a great place.

Note: Some links in this post are affiliate links, which means I receive a commission if you make a purchase. I try to find amazing things that my readers will love as much as I do!

One of the show's sayings is that “Toxic Masculinity Ruins The Party Again”. As you listen to show after show, where men are kidnapping, raping and murdering women as if they were truly disposable, less than human, you realize that the denigration of women is systematic.

From sex workers to children to strong, distracted women, any helpless female is fair game to abuse.

I have hopes that the tides are turning with shows like this and the exposing of predators like Harvey Weinstein, Kevin Spacey and even our “pussy grabbing, when you are famous they let you” President.

Going To The Show

Last night my 13 year old daughter Deslynn and I went to see them in Tampa. Now, I KNOW that you might be thinking, “why would you take a little girl there”, but Desy is a real Murderino. She watches Criminal Minds, Mind Hunter and wants to be an FBI agent when she grows up. 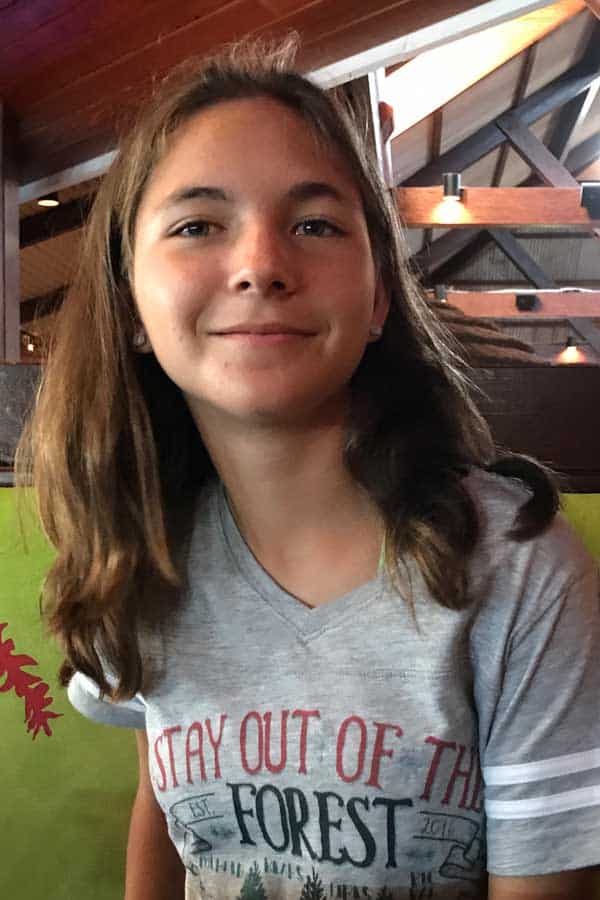 The thing that I loved the most about being there was the way everyone was talking, laughing, and having a great time.

I made Desy and I tshirts to wear to the show, Stay Out of the Forest on Zazzle, and many of the gals there said that was their favorite saying and they liked our shirts (oh shucks). #promo

But there were all kinds of different fun tshirts, jewelry and dresses in attendance! I loved the serial killer dress one gal wore and all the people wearing shirts in the parking lot beforehand.

It speaks volumes about Karen and Georgia that they allow their fans to make and sell all kinds of My Favorite Murder products on Etsy. Cottage businesses have grown up around creating things that Murderinos snap up to show support for the Podcast.

>> check out their official store

Being in the business of marketing, I always try to help people find their true fans, the ones that will love you no matter what. The Tampa Theatre was full of true, rabid fans!

Karen was dressed super casually (black pants, black shirt) and had some serious 1980s feathers going on in her hair (I was super jealous!) Come to find out her hose had gone missing so no dress for her and the hotel only had cilantro conditioner (and actual WTF moment as it seems Karen hates cilantro more than life!) 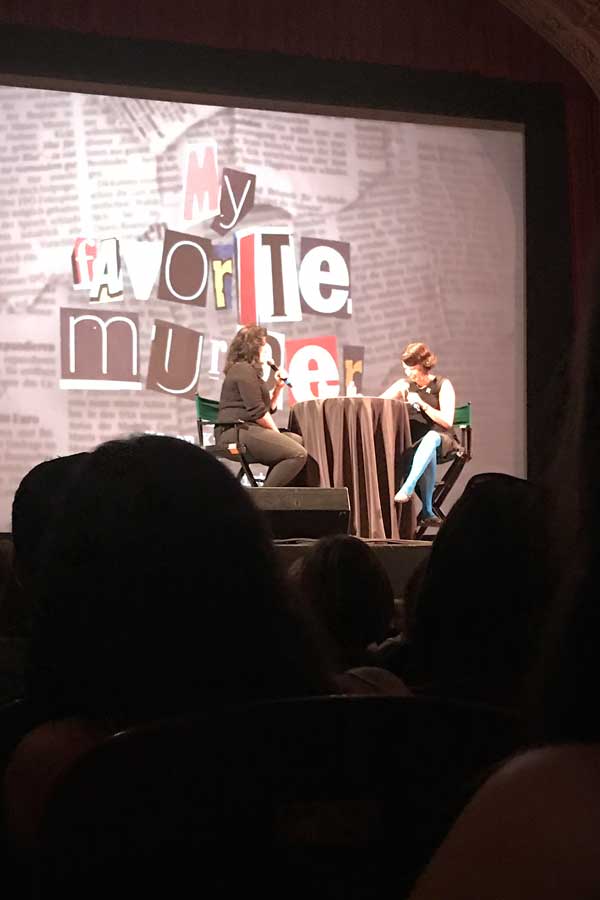 NO ONE cared! They weren't there to see perfect speakers, dressed impeccably (Georgia was of course), they were there to support two women who are rocking the world with their podcast!

Georgia read a horrific tale of murderer Oscar Ray Bolin Jr. who killed three women in the 1980s and was the last person executed in Florida (by lethal injection, not Florida's old sparky chair) after THREE DECADES of appeals.

But it was Karen's story that I loved. She picked Bobby Joe Long who was also killing in the 1980s (what's up 80s, why so killer-y?) He is a horrific monster who raped over 50 women, killed 10 women and is awaiting execution on Florida's death row.

But it is not Long who Karen talked about. She named all the women. She told of the evidence and the crimes and then…

She told the story of a badass teen Lisa McVey that Long kidnapped and raped for over 26 hours. She had a terrible life before filled with sexual abuse from family members and was suicidal when Long took her.

But she decided to live, remembering details like the car's interior, putting her fingerprints all over the bathroom, feeling his face for identification and eventually convincing him to release her. Her information helped police catch and convict Long.

And then she became a cop in Tampa…when Karen flashed the picture of Lisa in uniform the crowd went wild!! Lisa said that she was able to keep a cool head and get out alive BECAUSE of the abuse she had already suffered.

Seeing Karen and Georgia in person reminded me that the stories are of the victims as much as the killers. The three victim's Moms who banded together and formed a tiny support group, the girl who got away and the others who were honored during the telling.

And of course the night ended the way it always does… with a rousing chorus of Stay Sexy and DON'T GET MURDERED! 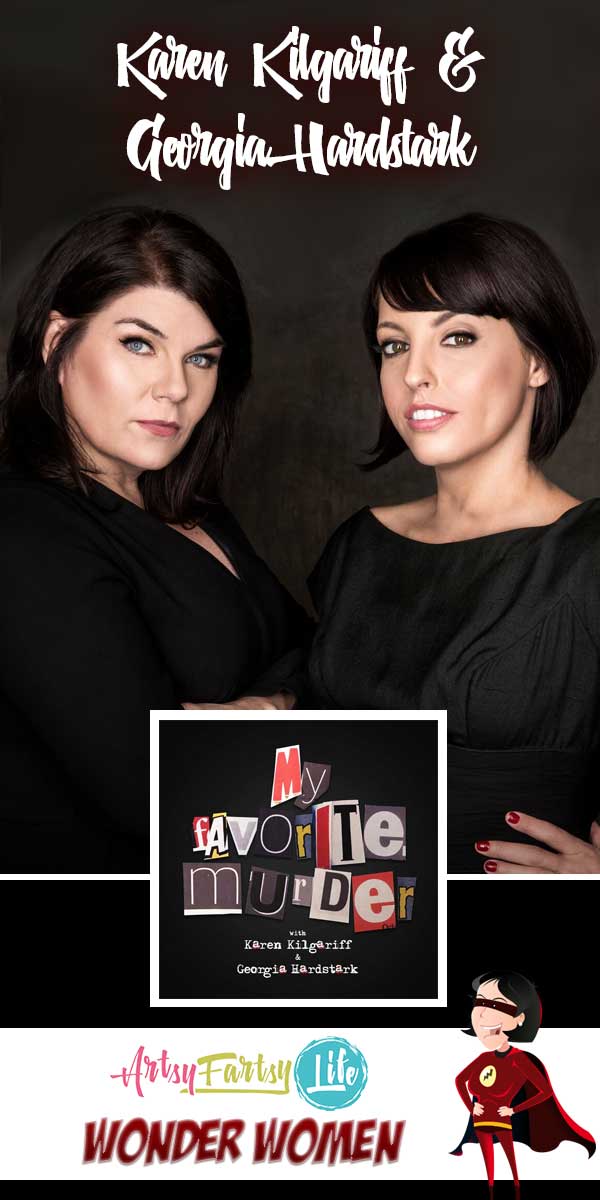 Is It Worth Getting Dressed "Just For You" | Artsy Fartsy Life

[…] Karen Kilgariff of My Favorite Murder goes onstage to huge audiences, half the time dressed in lame clothes she is not proud of. Now, […]